To share your memory on the wall of Dock Gabbert, sign in using one of the following options:

To plant a memorial tree in honor of Dock Gabbert, please visit our Heartfelt Sympathies Store.

There are no events scheduled. You can still show your support by sending flowers directly to the family, or planting a memorial tree in memory of Dock Gabbert.
Plant a Tree

We encourage you to share your most beloved memories of Dock here, so that the family and other loved ones can always see it. You can upload cherished photographs, or share your favorite stories, and can even comment on those shared by others.

Posted Jan 02, 2021 at 03:32pm
MY DEEPEST SYMPATHY ON YOUR LOSS. HE WAS A WONDERFUL FRIEND FOR MANY YEARS. HE MADE A IMPACT ON MY LIFE AS A YOUNG CHILD AND ALSO MY TEENAGE YOUR. HE AND GLORIA KAY WAS SUCH SWEET AND AMAZING FRIENDS . HE WILL BE MISSED BY ALL WHO KNEW HIM. MAY GOD GIVE ALL OF YOU THE PEACE, COMFORT AND STRENGTH DURING YOUR TIME OF GRIEF AND DAYS FOLLOWING 💘💘
Comment Share
Share via:
E

Posted Jan 01, 2021 at 09:18pm
What a grand description of a life of service. Comfort can be found in reading. Certainly he made many lives better and blessed untold numbers. May he ever enjoy his eternal rest.
Bo & Beverly Gabbert
Comment Share
Share via: 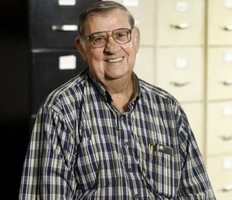