To share your memory on the wall of Jerry Fox, sign in using one of the following options:

To plant a memorial tree in honor of Jerry Fox, please visit our Heartfelt Sympathies Store.

There are no events scheduled. You can still show your support by sending flowers directly to the family, or planting a memorial tree in memory of Jerry Fox.
Plant a Tree

We encourage you to share your most beloved memories of Jerry here, so that the family and other loved ones can always see it. You can upload cherished photographs, or share your favorite stories, and can even comment on those shared by others.

Posted Jan 16, 2021 at 04:10pm
I'M SO SORRY ABOUT JERRY. I HAVE SO MANY GOOD MEMORIES OF HIM--ESPECIALLY OUR MANY FISHING TRIPS TOGETHER. HE CALLED AND WISHED US A MERRY CHRISTMAS. I AM UNABLE TO GET OUT AND ABOUT ANYMORE, SO DID NOT HEAR FROM HIM OFTEN AS I USED TO SEE HIM EVERYDAY, WHEN HE BROUGHT ME A NEWSPAPER . I MISS HIM, AND CONSIDERED HIM MY BEST FRIEND, ANDY (AND GLENDA) EDWARDS BANNER, MS
Comment Share
Share via:
TD

Posted Jan 16, 2021 at 04:02pm
Our deepest sympathies, Barbara and family. I’m not a star but Jerry always made folks feel welcome and special when shopping for shoes in CC. May God’s blessings of peace, comfort, and strength hold you all in this time of grief and in days to come as you miss him so much. Teresa and Thomas Dunn
Comment Share
Share via:
LW

Posted Jan 16, 2021 at 02:48pm
I shall always cherish the warmth of my visit with Jerry over lunch at our 50th class reunion in 2011.
If the world were populated with men like Jerry, we could all rest easy.
May God be with the family and grant you peace.
Comment Share
Share via: 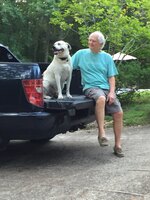