To share your memory on the wall of David Duke, sign in using one of the following options:

There are no events scheduled. You can still show your support by sending flowers directly to the family, or planting a memorial tree in memory of David Robert "Doc" Duke.
Plant a Tree

We encourage you to share your most beloved memories of David here, so that the family and other loved ones can always see it. You can upload cherished photographs, or share your favorite stories, and can even comment on those shared by others.

Posted Mar 23, 2021 at 03:30pm
No words can express the hurt we all feel.I love you doc. You will be missed so much I cant wait to see you again. Until then rest easy Clyde..

Posted Mar 23, 2021 at 07:24am
I am very sorry for your loss of Doc, may you find strength and peace from the grace of our precious Lord during this hard time.
Comment Share
Share via: 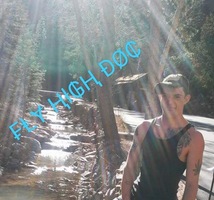